I am a bad patient. I’ve always been terrible at being sick or injured, ever since I was a little girl. As early as I can remember, I hated being sick. Sickness or injury meant stopping regular life. Staying in the house. Resting. Napping. Taking it easy. Yucky medicine. Maybe even shots. The horror. I don’t really know how this aversion began. Was it when my mom went to the hospital to have my younger sister? I can’t remember that. I do remember a few short years later when she was hospitalized when I was four. That was scary. All I know is that the hatred of being down and out was dug in early.

When I was eight I broke my nose in gym class. That day, I was lying to my teacher about not being able to perform forward somersaults on the mats in tumbling. I told him I couldn’t do it because I had bobby pins in my hair. I was actually afraid of being upside down but too ashamed to admit it. He told me to run to his desk in the corner of the gym, take the bobby pins out, run back to the mats and tumble. I followed his instructions and slid on a freshly waxed floor, face first into the corner of his desk. The pain was incredible and I vowed not to cry. But I was so wet anyway. Looking down, I saw my white gym blouse covered with blood. The teacher mopped me up somewhere in a back room and someone brought me a pink sweater that didn’t have all its buttons from my locker. They put it on me and pinned it closed and I went back to class. At lunchtime that day, my dad and mom were away so my sister and I went to lunch at my aunt and uncle’s house on Euclid Avenue on the south side of Chicago. I still remember that lunch. It was a tuna salad sandwich with lettuce and tomato on pumpernickel bread which was sliced in triangles instead of rectangles. There were also potato chips and pickle slices on my plate. I was just getting ready to take a huge bite when my uncle came into the room and and said, “now there’s a broken nose if I ever saw one.” I was panic-stricken. My mom appeared and brought me to Dr. Weiss, whose office was on 75th Street. He pressed and poked my nose and asked me if it hurt and I said no every time. The lying didn’t work. He told us that it would have to be reset the next day. I waited and whined as I leaned into my mother, saying that I wouldn’t do it if I had to have any shots. He told me I wouldn’t need any. They’d use “gas” instead. Then we limped outside and my mom said that since I couldn’t eat anything after dinner, I could have whatever I wanted that night. I worked my way through an entire bag of tootsie rolls. 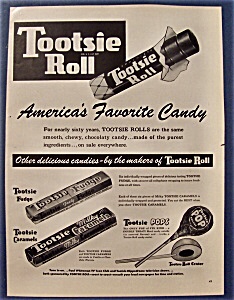 The next morning, I woke up and had to drink some nasty-tasting fluid mixed into a small cup of orange juice. Then somehow we got to the hospital. The first thing that happened was that a gruff nurse said I needed a “hypo.” I was quick to recognize that hypo meant needle and I explained that I was told I wouldn’t be needing any. As I tried to pull away, she jabbed it into my arm. Then it was clothes off, gowns on and being rolled away on a gurney with lights shining down in my face. In the operating room, it became rapidly apparent that more needles were on the way and under protest, they gave me an IV and told me to count backwards from one hundred. I still remember the cold fury about the adult liars and their deceit about gas vs. injections. When I woke up I was in a children’s ward. I was tired but very hungry. My mom and my aunt were with me.

Food trays were being delivered and I could smell hamburgers and French fries. I waited expectantly for my turn. When my tray finally came, it contained a pathetic wobbly square of lime jello. That did it. Enough was enough. First a pack of lies and now starvation. I told my mother I wanted to go home and began pitching a fit of epic proportions. The doctor finally came in and said I could leave, but only if I was able to reach my dress, black cotton with red, gray and white polka dots on it, which was hanging from the crossbar which held my curtain. And I needed to put it on by myself. One minute I was gowned and the next minute I was dressed. I was so proud that I got to go home and sleep on the couch, outside the room I shared with my sisters. I got to eat real food, some salami and eggs instead of that crummy jello.

Fast forward sixty years. I’ve been crisscrossing the country, traveling to the east coast and New England, winding up in Bar Harbor, Maine and Acadia National Park. After a drive back home, I stayed put for a week and a half and then boarded a train west for a solo trip to Glacier National Park, a place I’ve been trying to see since shortly after my husband died in 2017. I returned home from that marvel late on July 5th. Then at 5:00 am on July 10th, I found myself in a surgery prep room being stabbed by nurses who couldn’t find a good vein for my IV that I’d need during my second knee replacement surgery.

There is something so uncomfortable about watching people try to distract you when you know they have little confidence about placing that needle on the first stick. My slippery invisible veins are a gift forward from my mother and one which I unfortunately passed on to my daughter. I’m awfully lucky that I haven’t had any surgeries other than my broken nose and my other knee replacement which happened last October. My children were born by Caesarean section but I was wide awake for those and they didn’t seem like a big thing as there was a prize at the end. In any case, I could feel my internal snarling as I tried to politely tolerate the bumbling with my veins and just hoped that I’d survive the surgery and get out of the hospital as fast as I could.

Finding a room for me after recovery took hours. The hospital likes to be overflowing with patients, a testament to a any profit-driven facility’s planning style. When I finally got a bed, the nurses said they were discharging and replacing patients at a steady clip. I never saw my surgeon after my procedure. My son told me he had a deep and profound 12 second conversation with him. A nurse practitioner and the physical therapy people came in to put me through my paces. I saw a two-night stay written on the white board in my room turn into a one night stay which was my goal. So start to finish, I was only hospitalized for 32 hours including surgery and recovery. I came home in my anesthetic fog, vowing to sleep downstairs for a few nights to accommodate the pain and to withdraw from the painkillers prescribed for me. But the first night, I spilled water all over myself on my recliner so I headed upstairs to my bed. The pain wasn’t bad. I realized that being bone on bone for so many years was actually worse than the post-surgical pain. I haven’t had any of the opioid painkillers since Friday night and have more mobility and flexibility in my knee than I anticipated. Great news, right? But actually…oh no! I feel like I’ve crashed and burned at the end of a highly entertaining road race.

Tearing around the country looking at impossibly beautiful scenery, standing in the shadows of historical sites, and feeling free and occupied by an ever-changing landscape agreed with me. Despite knowing that my surgery was waiting, I immersed myself in my moments as I’ve learned to do so well during the years of Michael’s illness. I truly hadn’t given much thought to how I’d feel during the recovery from this knee replacement. My first one happened last late October. The weather then was brisk and being inside was comfortable. I had plenty of tasks that I’d assigned myself and was content with my choices. With my adventuring coming to a screeching halt in the midst of summer, with my number one pool open and constantly beckoning, and my garden of this year, still a riddle in terms of last year’s polar vortex damage, I want to be outside, not picking my way through piles of old papers or sorting through drawers. For a person who prides herself on good planning, I’ve certainly dropped the ball on this one. Only home a few days and stewing away in frustration.

Holes to be dug, plants to be replaced and weeds to pick. And though some kind people will offer to help, the healing nature of this work is something I count on to keep myself on an even keel. Nothing like the dirt to distract me from maudlin thoughts. So I have to readjust. Because of good luck, I’ve already managed to slip into the garden, photograph a few blooms and ponder the empty spaces. And I got my kid to take me for a drive in the country today before he leaves town for a few weeks. 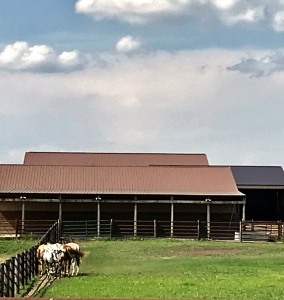 I have high hopes that I’ll heal the way I did before, quickly and steadily. I prepared for this operation. I swam and swam. I went to my physical therapy appointments to build muscle. Hopefully, those practices will work. Meanwhile, I have to reel myself in and get off that fast-moving train I’ve been riding on. In my zest for tearing around and checking things off my to do list, I’ve wobbled off my hard fought for balance board. I need to re-set. I guess I should’ve thought about that before but as the saying goes, better late than never. I’m going to set about the task of internal housekeeping. Despite all evidence to the contrary, our work is never done. And that’s a good thing.