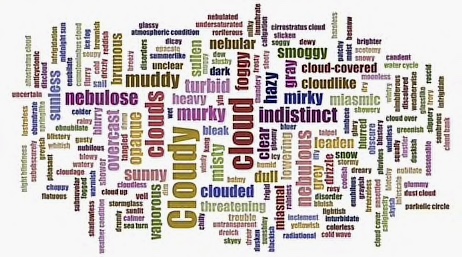 Sometimes there’s just no making sense of anything. Despite all your best efforts to weave the random events of a life, a culture, a world, a planet, into an orderly cohesive structure, it just doesn’t work. I’ve been grappling with this for days. My brain is hopping from thing to thing. My main personal assignment right now is to continue writing the family history I’m working on for my kids and theirs. Mentally, I’m supposed to be in Chicago during the late 1950’s and early 1960’s, writing my memories from about age 10 to my high school graduation at age seventeen.

I’m not at a loss for what to write. Instead, I’m doing exactly what I always promised myself I wouldn’t do – I’m censoring myself. I’m trying to sort out my principles, my morality. I have plenty to say about that period in time. Some of the characters in my stories are dead. I don’t have to worry about exposing anything about them. But others are alive and even if they’re not part of my current life, the people who are still part of theirs are out there and I don’t want to create any issues between them, between me and them or any other variation on those themes. I’m funny about that stuff.

My dad called me a weasel. My husband said I was the most larcenous individual he ever met. When I’m on a mission to get what I want, I’m relentless and a rulebender if not a rulebreaker. But I have my moral standards and one of them is to be protective of the privacy of others, especially if it’s been clear that their need for privacy is one of their most serious issues. It’s funny. I grew up in a family which had a widely varying degree of openness about personal matters. Some of the crew never wanted a word uttered about themselves to anyone. Others were more flexible or rather, more inconsistent about what could be shared. It all depended on the day. My mom was an interesting mix. She was a talker and often, inappropriately so. But she had invisible lines that made knowing what was open game for conversation confusing. She complained a lot about how close-mouthed my dad was, and ranked all four of her kids in terms of how much dad we had in us. I was the most open talker. After thinking things over, I realized that a lot of secrets people kept were fairly insignificant and often led to people being cut off and unhappy. Some of them even fretted themselves into ulcerative colitis. 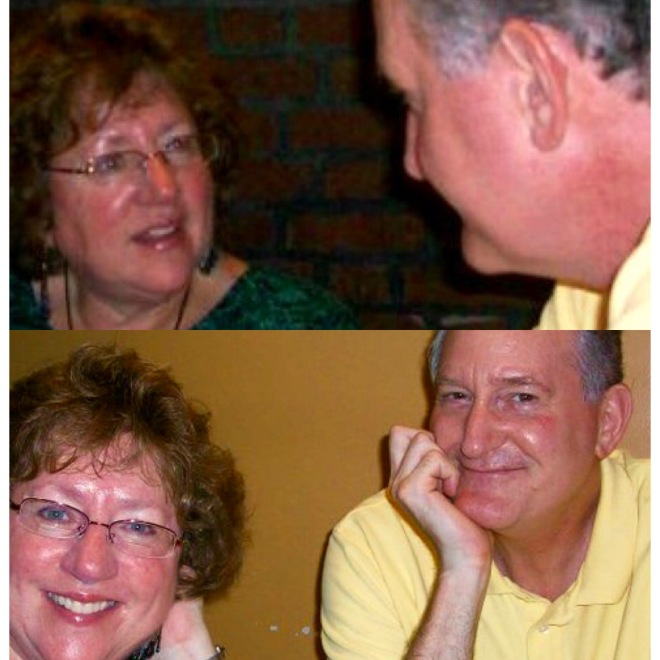 I shared a lot. But not everything.  I actually enjoyed realizing that most people figured they knew me really well while I was holding back some information that would have surprised them. That outgoing style was a good cover. I’m truly quite good at keeping secrets. My daughter calls me the vault. But my family of origin was different. Both my parents told me to never, ever put anything important in writing. That didn’t suit me at all. I wrote all the time. But in fairness, I’ve kept a copy of every significant letter or essay in which I’ve exposed myself. Insurance. I wanted to make sure that I had evidence to support myself in the event someone might question me. I’m all about paper trails. But anyway. Juggling these decisions has done a bit of a number on me. I used to write all the time in my head and never get any of it out because of quandaries like this. To me that’s going backwards. So I’m just going to share a bunch of random, disorganized thoughts in a stream of consciousness way until I make up my mind about how to go back and pick up my other task.

I’ve been grumpy for days. I set myself up for this all the time. I have a lifelong habit of going to the mat for people in both big and little ways. I remember events from long ago that still have significance to me, but that have faded into the distant past for some people. When I was once important, I’m not so much any more. My time as a caregiver took me way out of the social loops I used to occupy in one way or another. So even though I’m trying to rejoin some of the circles I used to be in, I’m way out of those spheres. I’ve had some disappointments lately which made me feel excluded. I have to remind myself that if I’ve done, or if I choose to do something, it needs to be because it’s what I’m requiring of myself. No expectations on what the return will be. That’s a losing game. I’m up against a long history of being trained to keep score. My mom kept tabs on all kinds of her perceived injustices and I can still hear her voice in my head, pointing out the disparities between who did what for whom. Sometimes I forget that I chose not to go that route. On my emotionally sensitive days, I can get mean spirited and small. I’m not that much different than anyone else. I get to be a loser sometimes. I’ll willingly admit, all this kind of stuff is harder without the intimacy of having Michael backing me up. As fiercely as we could disagree about multiple issues, when it came to the bottom line, he was always on my team. And eventually we were so encoded with each other that it didn’t take much to feel embraced and accepted no matter what. Two years plus down the road after his death, his absence is no less noticeable today than it was right after he died. In fact, as daily life goes on, that secure space, now gone, is more amplified. There simply isn’t anyone or anything that can fill what we built during our 45 years together. I have a strong, independent spirit and I can do what I’m doing. But it’s lonely without him.

The other day, I couldn’t get The Lovin’ Spoonful song lyric from “Darling Be Home Soon” out of my head – “ for the great relief of having you to talk to.” Yeah. That’s what I miss the most. I keep trying to get it done by all my letter writing but it’s not the same as having someone with an understanding look listening to you speak. When I say this kind of thing, I find that people have a tendency to deflect what I feel. 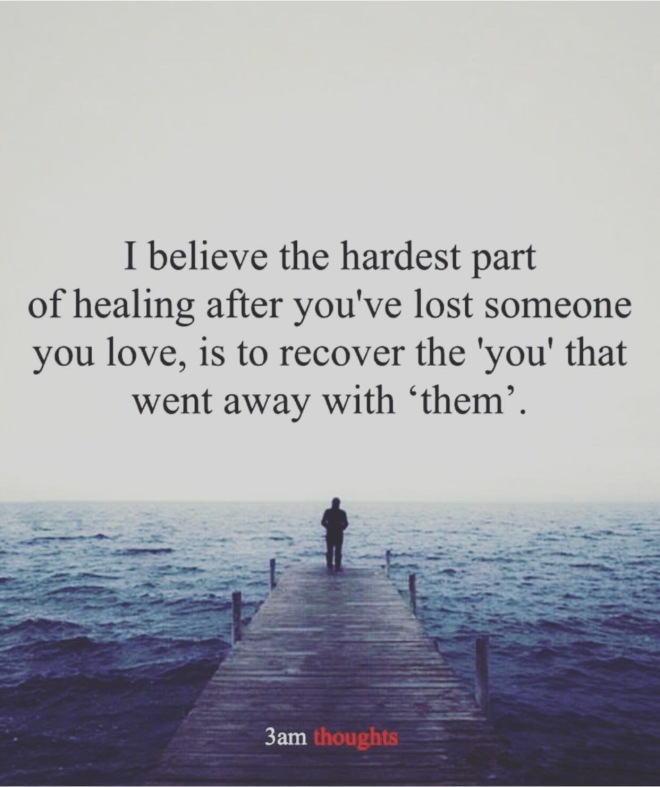 They send me memes about things like hoping to get back the part of yourself that went with your dear departed. I don’t feel like that at all. I feel whole. Michael was whole too. We were together as equals. The thought of me missing a piece of myself is absurd to me. But maybe that’s what people think, especially those who think they know me and haven’t experienced the crises that I have. If they’re lucky they won’t. I’m mad that I got robbed of my life companion too early. I’d have liked another 10 or 15 years before becoming a widow. I don’t have many friends in my peer group who are in my spot. And those widows I did know have partnered up. That’s ok with me – it’s just not for me.

So I’m thinking back to when I was first going to start this blog. And one of my original names for it was The Observation Deck. Because all my life, I’ve felt that I’ve stood a bit apart, participating but holding back a little and watching, trying to figure things out. Trying to stay ahead of troubles. There were too many surprises when I was young and I didn’t like being caught off guard. I guess that makes me a control freak. For the most part it’s a successful tool for me. But having a partner who made me fully relax for so long has made going back to those old school anticipatory operations harder. I think lots of things get harder as you get older.

Thankfully, some things get easier. I don’t care as much about as many things as I used to which is quite a relief. So, yeah, I hate the well-meaning memes. And I also hate when people try to remind me of all the great things I’ve got like kids and grandchildren. I realize there are plenty of people who want those but don’t have them. But that doesn’t mean that what I do have fits into the empty space where Michael belongs. We had ten years together before we had kids and we weren’t freaked out when we became “empty nesters.” 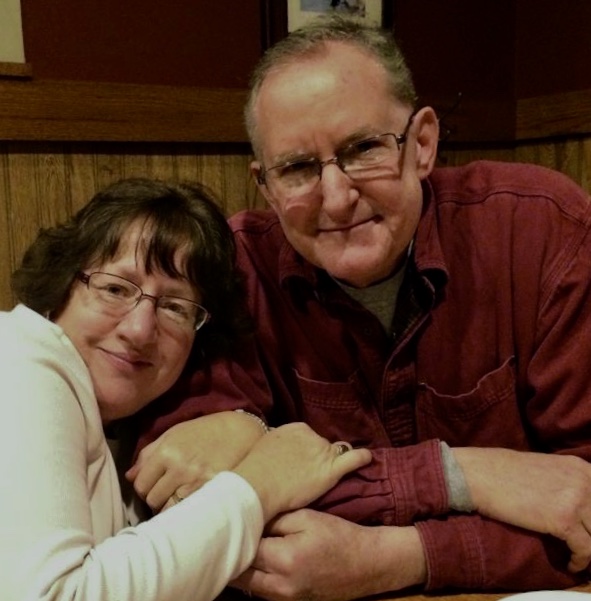 We just went right back to the lifestyle we’d led before the kids came. I have trouble understanding why people can’t just let another person express an uncomfortable or sad thought without feeling they have to try ameliorating those expressions. I find it annoying and diminishing. Sometimes things just are the way they are and people should hold their spot and just be empathetic. Keep the memes and the comparative thoughts to yourselves, folks. It’s ok to be unhappy sometimes. 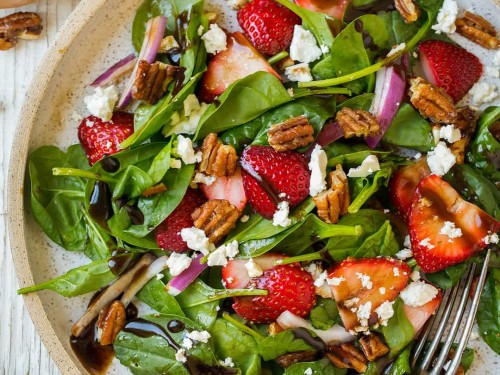 I went to my classes today and afterward I was hungry for a salad. I went to one of my favorite downtown restaurants and sat by the window, eating and watching people bustle around the streets. A number of them jangled my radar. They were disheveled, they were mumbling to themselves and they were panhandling. They clearly had mental issues. The chasm between the comfortable and the wealthy and the uncomfortable and the poor widens daily. So many troubled people roaming the streets with far too few resources available to assist them. I was on the fringes today, the fringes of my own feelings and thoughts, the fringes of my peers and the fringes of a society that allows for such disparities in its citizens. You have to pull yourself back from those edges when your thoughts start running together and you find yourself incoherent.

Time for a nature break. I drove myself to a lovely retaining pond which was built to shore up the problems of a dirty old creek. Michael and I would go sit there when he was sick and watch the waterfowl, the insects and the native plants swaying in the breeze when he couldn’t travel far. Since that time there’s been an apartment complex built on one side but it didn’t destroy the ambience of this in-town peaceful place. I took a lot of photos there to share in this post. They are what held me together on this incoherent day.