The past few days have felt so strange. Normalcy in government has returned at the speed of light. The detritus left behind by the previous administration is being swept aside by executive orders. Investigations are underway, ones which will hopefully lead to charges and prison terms. Monumental problems remain but there’s no doubt that after the tumult, uncertainty and chaos of the weeks following the November election, suddenly it’s a new or perhaps an old way of life upon us. I’m trying to get used to it. I’ve been mentally and emotionally ramped up for years. From 2012, the year of Michael’s cancer diagnosis through Trump’s election in 2016 followed by Michael’s death in 2017, I’ve lived on high alert. Like someone on guard duty in the middle of the night, looking for enemies in the dark. The rest of the Trump presidency simply exacerbated that fraught vigilance. Now I’m supposed to ease up. Return to whatever was before. Of course, almost four years ago, I was trying to shape a life for myself, much of which is off the table now because of the pandemic. I’ve been trying to be “normal” all day today, but with the odd sense of a deja vu shadowing me as I moved along. I decided to check back on my previous posts, feeling like I’d litigated this experience before. And voila. I found a post from a few years ago which explained me to me. My normal is the guard duty. The explanation is worth another visit.

I can’t exactly remember when I started leading a hypervigilant life but I’m pretty certain it began around age four. My mom needed a hysterectomy at an early age, just 32, and her hospitalization really scared me. My maternal grandparents came to stay with us to help my parents with their four kids, two under age five. I still remember how tightly my grandmother pulled my hair into pigtails with those little scrawny rubber bands. The pigtails stuck straight out of the sides of my head, making me feel like each strand was being pulled out at the root. So different from my mother’s way of doing them, arranging them slightly to the rear which always put less pressure on my scalp.

My brother Fred, who was eight years older than me, devised a brilliant plan to make me feel better. He would walk me over to the hospital, sneak me in and let me have a visit with mom. So on a warm day, off we went. I remember picking some pansies along the way and clutching them into wilt as we trotted along. Methodist Hospital, which no longer exists, was 1.7 miles from our house. That  was quite a hike for a little kid. But we made it, me red-faced and dripping with sweat, just as I respond to hot weather today.  When we got to the hospital, Fred was shielding me and pushing me behind heavy curtains, hiding me from the staff.  In those days, little kids weren’t allowed to visit. Finally, we slipped into my mother’s room. She was lying in her bed behind the curtains which separated her from her roommate, and although she was surprised to see us, she seemed slow and drugged and just took our appearance in stride. I remember being afraid but she called me to come close to her. As I approached, she said, “would you like to see my scar?,” and lifted her gown to display a long vertical raw line up the center of her belly. I will never forget that sight.

During the next years, I remember lots of worrying. My household seemed to always be preparing for the axe to drop. My mom was sick a lot and that caused me great anxiety. I knew that we needed to be worried about money all the time. My dad wasn’t settled into a stable job. Mom didn’t like my dad’s family very much. Sometimes she didn’t like hers, either. I grew up steeped in superstition and fear. Some of it was just fabricated, some of it felt like tradition and some of it was real. My maternal grandparents had fled Europe after living there in desperate straits for years. My grandfather had been in an early arranged marriage when he was only thirteen, fathering a child when he himself was one. He divorced and married my grandmother, his first cousin. Strange days indeed. My grandmother told stories of hiding in an underground hole to avoid being raped or carried off by Cossack horsemen when she was a teen. After marrying my grandfather, she was soon pregnant. That first baby died of pneumonia during World War I, without his father who had fled to the US in 1913 – it was almost seven years before they were reunited.

After that there was the classic immigrant scrabbling for jobs and income. When looking through census records, my grandfather was described variously as a chauffeur, a carpenter and a factory worker. I knew him as a barber. My grandmother had eight live births and many miscarriages. Three of her children died before age 11, including 2 daughters who died within six months of each other. They were the dominant family in my life. I never knew either of my paternal grandparents- they died before I was born. My mother was hostile to my father’s sister Sylvia, and his younger brother Carl was close to her. They played no significant role in my world. But my mom’s brothers and their families had their own struggles and all their life trials were shared with me by my mom. I learned about stillbirths and mental disorders, polio and untimely deaths. I heard dark sexual secrets. By the time I was thirteen, I was used to analyzing all kinds of situations in terms of their potential disastrous consequences. Every experience was laced with the possibility of tragedy, accidents or misfortunes.

I was observing the behavior of the generations ahead of me and looking for an edge, an angle that would help me avoid some of the potholes ahead in my road. And more importantly, I needed to find my way through what is inevitable in everyone’s life, the unpredictable events that need to be managed, that are an expected part of living.

I decided that using my mind to anticipate, to develop scenarios, to prepare for as many possibilities as I could imagine was my best option. My approach to obstacles became simple – whatever the mountain that rose up in front of me, I would think my way over it, through it, under it or around it. I would try everything. I would be brave. I’d be resourceful. And I’d be ahead of the curve, ready to pounce, no matter which direction would be required. And for the most part, I think that my over preparedness has worked for me. Always being alert, at the ready, can be tiring. But the practice made me quick, responsive and stronger than I ever imagined I could be. I’ve lost a lot of people but I’m still here, still whole. My style helped me be a good advocate and I know that my hurling myself against problems certainly helped me in my most important job, helping Michael stay alive longer than anyone ever imagined.

Now I’m left with myself. I’ve always believed that that’s how we all are in the end. I’d hoped to enjoy the pleasures of my love with Michael for more years than we got, but I knew that we were likely to be apart in the long run. My habits that I honed over a lifetime are still in place although my focus is less intense than it was before. I worry about my kids and my grandchildren but I have more time to think about myself than I have since I was a very young woman. I’m facing my first significant surgery, which is pretty lucky considering my age. But I’m nervous, and as always, am trying to prepare for all possible outcomes like I always have done. But it feels very different to be planning only for myself as opposed to planning for my partnership. I’m in uncharted territory and I’m not sure what to expect of myself now. Will I be as able and as interested in caring for myself as I was for Michael, for my parents, for my kids? Some of the wind has definitely been knocked out of my hypervigilant sails. I know that what’s ahead of me is definitely the shorter part of my life. I’m not, nor have I ever been, the person with the goal of living forever. If anything, I was always somewhat fatalistic. As a college student, I clipped articles that I saved in an “apocalypse notebook.” And one friend in particular, would often greet me as the “angel of doom.” My family was and has always been annoyed by my frequent reference to what I always thought would be my early death. I suppose that was a reflection of what happened throughout my life, so many people lost at a youthful age. But on I’ve marched, pretty robust, but ready for what I always felt was the phone call that could change your life in a second. So I guess we’ll see what happens. Maybe I’ll go old school and use the skills that served me so well in the past. Maybe I’ll be a slacker or a crank. I really don’t know what the outcome of this next phase will be. Stay tuned. 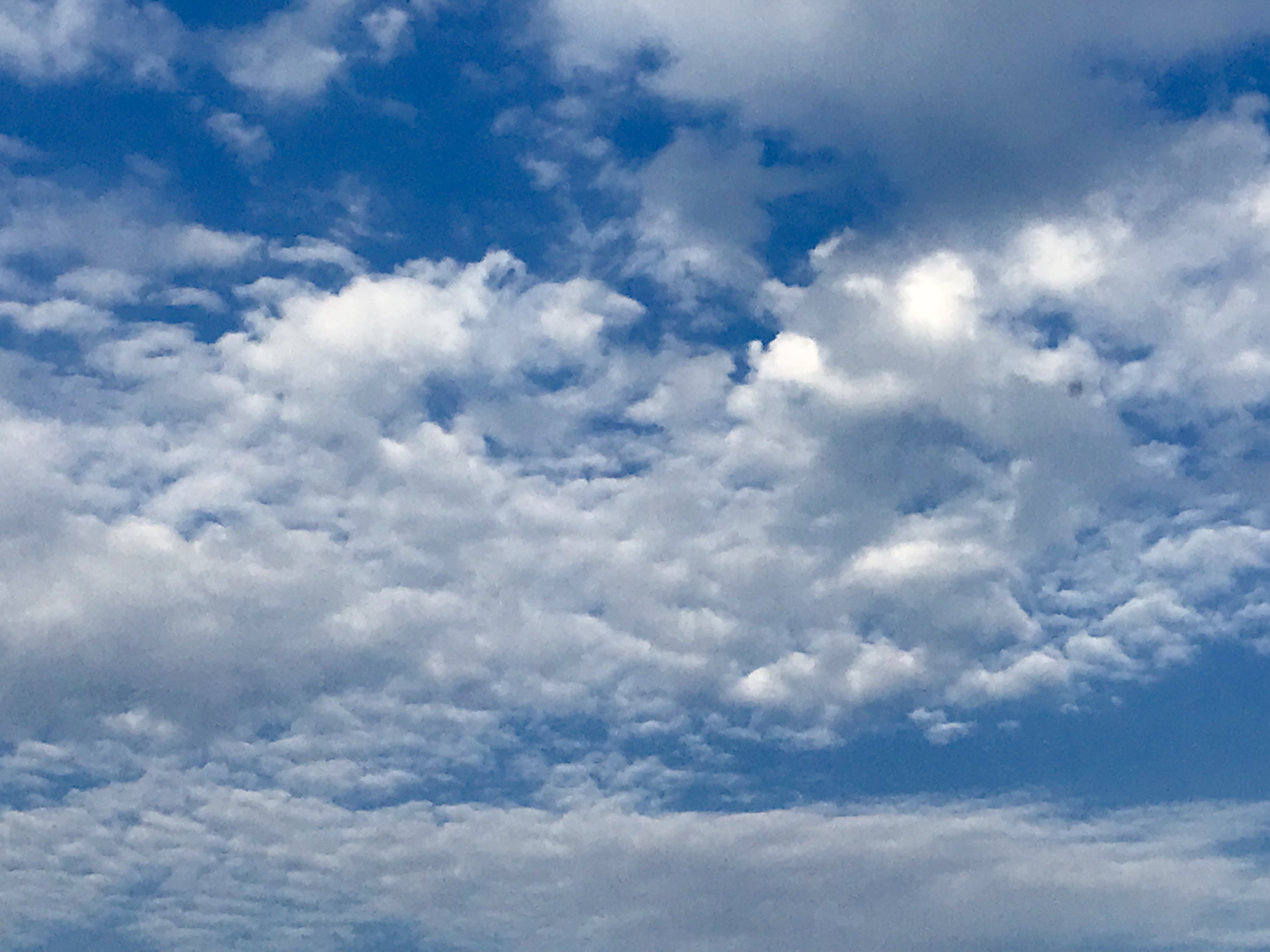