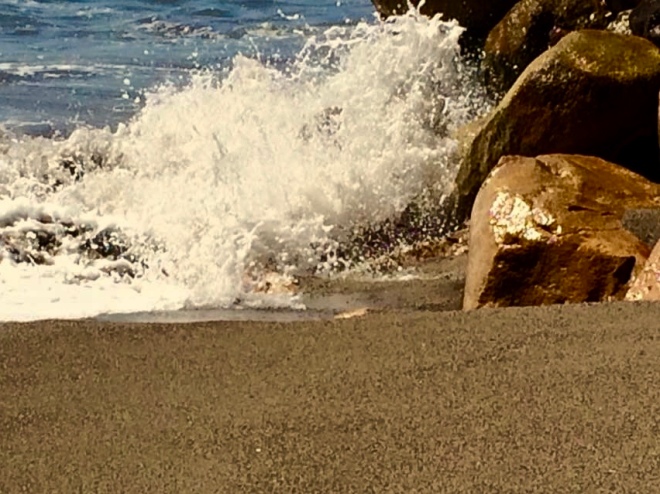 Almost nine months have passed since Michael died. Sometimes it feels like a few seconds and other times it feels like he’s been gone a thousand years. I’ve attacked this new life that was forced on me. My nature is essentially aggressive. Hanging around waiting for things to happen isn’t how I roll. Throughout our five years of contending with Michael’s prognosis, I could feel myself living a dual existence-part of me was exquisitely aware of the importance of the present while another part was down the road, trying to imagine and prepare for life without my partner. I often thought of myself as living like Grateful Dead art, one foot in the moment, the other spanning a long stretch of time. 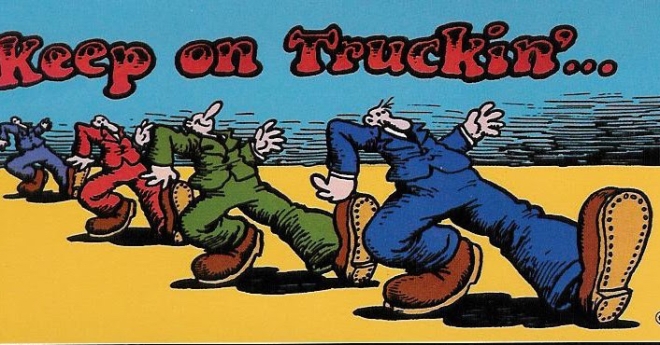 I did everything I could think of to make the best out of this new life. I’ve had therapy and attend  a grief group. I’m swimming regularly to recover the strength I lost while being a full-time caregiver. I’ve taken classes to stimulate my brain. When I want to cry, I let it happen. I’ve gone to the movies and bingewatched lots of tv shows.

I’ve journaled steadily and written dozens of letters to Michael to relieve the stress of missing him. I’ve taken two trips by myself to establish my independence. I’ve helped other people who are sick or grieving. I threw a big public event to honor Michael which drew 500 people and for which I prepared every exhibit. I curated his life and it worked. I adopted a rescue dog. I’m still a source of comfort and support to my kids and grandkids. I’m a good friend. I started this blog. And I’ve started the book that I want to write about what it’s like to navigate our pathetic health care system, and how we lived while going through our experience.

A lot of stuff, right? My therapist told me she’s never seen anyone try so many things and work so hard to try to get better. She said I’m not only turning over all the rocks and looking underneath them, but have actually gotten to the pebbles. And I HAVE been working on my mind and my feelings, trying to understand as much as I can about who I am and how I got here.

The cushion of my lifetime love has supported me. I’m not lonely for anyone but Michael. I still miss him every day. But I feel him around me and inside me, especially on those unpredictable difficult days that just happen. Music helps a lot. So it sounds pretty good, right? That’s what I thought too. I’m working my brains out. 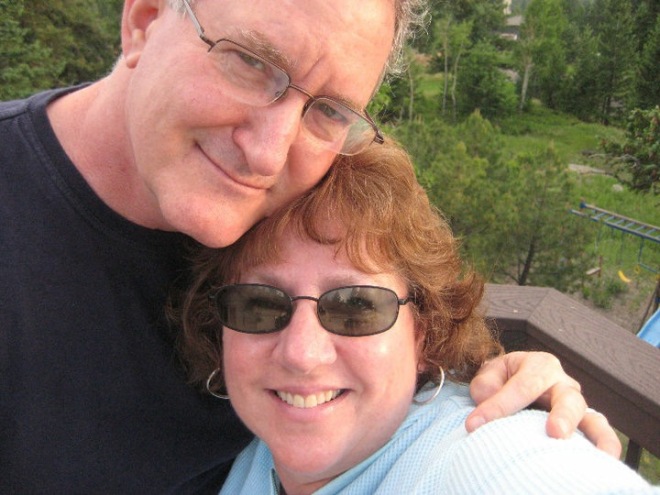 So the book. I started it about a week ago. I knew that important resources for it would include the medical records I’d saved since the initial diagnosis, and my journals, my steady companions since I was an adolescent. They would help me flesh out what I want to convey, not just facts but all the feelings that go along with this kind of journey. Since Michael’s death, I’ve been slowly re-reading those journals, hanging out in the ones from the ‘70’s which are somewhat embarrassing, but are also filled with the beginning of my love for Michael.

Being immersed in those pages has been beautiful and wistful and comforting. Looking back at the initial stages of our relationship has been my pleasure. I’ve savored every page, note and letter. But for the book, I decided to haul out the ones from the mid-2000’s to the day of diagnosis and beyond.

I started reading. I was in the stable peaceful years of The Before. Before Merkel cell cancer. The events and ideas I was exploring were meaningful but primarily benign. Events involving the kids, ideas about aging, musings about the meaning of life.

Suddenly I started feeling very nervous, anxious. I got to the pages immediately following diagnosis. My breathing accelerated considerably and I could feel anxiety building in my core. Then I sensed panic creeping to the surface. I couldn’t believe it. I realized that if I kept reading I was going to be a combination of hysterical and paralyzed. I closed the journal. I felt like I’d been standing in the sea with my back to the waves. And an unexpectedly huge one had bashed into me and tossed me into that fearful place of wondering if you’ll drown or be able to get yourself together enough to make it back to the shore.

I managed to get out of the house and into the pool for awhile but I was seriously disturbed and off-balance. Why? With all the soul-searching and me confronting my feelings, was I suddenly in this uncertain scary place? Where was safety, stability? 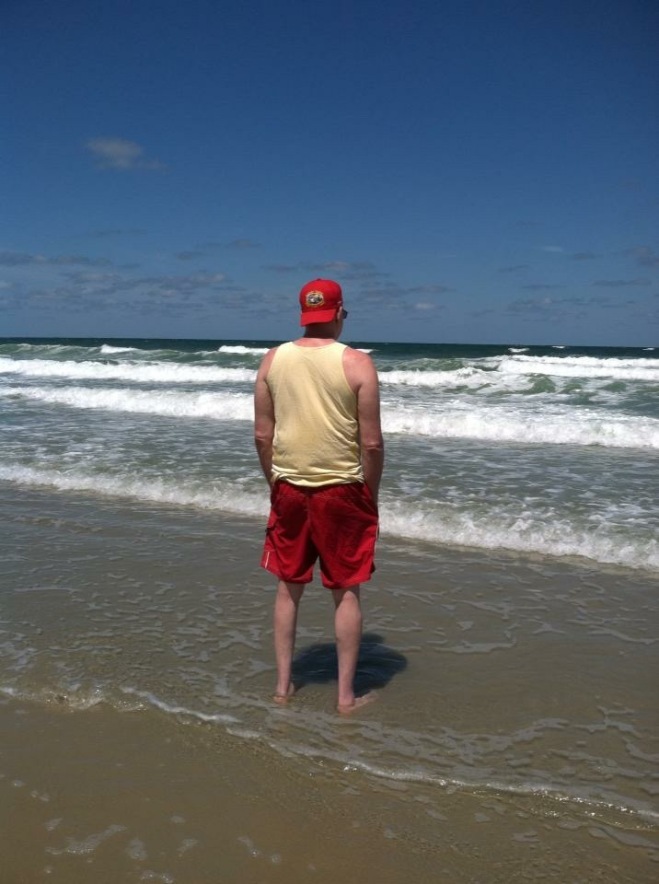 The water was always a place of great comfort for Michael and me. Living in a landlocked part of the country was kind of a bad joke we’d played on ourselves. I was comfortable in that environment. So why the buffeting about and the sinking feeling? I went back home.

As I limped indoors I started thinking that I felt like I’d been in a war. I was flattened out. I know I’m still sad but this felt bigger than sadness. 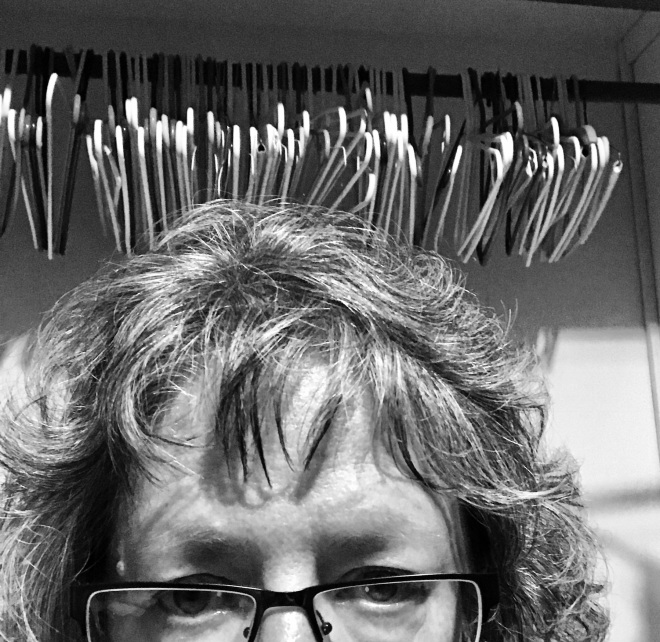 I started thinking PTSD. And feeling kind of guilty about it. Comparing myself to people who experienced the horrors of war seemed arrogant. One death? Pitiful. Like hitting the couch with the vapors and being a drama queen. I found myself appalling. But then I started thinking, researching and reading. Remembering. What the original terrifying diagnosis felt like, and the first surgeries and subsequent treatments. The three month checkups. Always knowing that the stage of Michael’s disease made long term survival virtually impossible. Second opinions and endless research. Getting to the year anniversary of the beginning of terror. Arguing with doctors about scans and protocols. Fighting, always fighting. Being told that the survival odds had just increased and then a few months later, being told that cancer was back everywhere. Two or three months to live, maybe a year with treatment. More research, stretching across the country,  questioning one doctor after another. Unimaginable emotional swings from despair to joy, from pain to bliss.

There is a big hole in the research about what happens to people taking these rides. Especially when they end. A lot has been written about grief. I hate a lot of it. Rules and timetables and steps that are put forth as givens. As a person who always felt like an outlier in life, I am left cold and annoyed. If I’d followed rules and protocols when Michael was alive, he’d have died sooner. I’m no more likely to follow the grief rules than the life rules. And there’s very little about PTSD and caregivers, who help their loved ones survive and then help them to their deaths. I know that the wild swings of the past few years have taken chunks out of me. Eroded me bit by bit. I don’t expect to ever feel the same as I did in The Before. And what I learned in this past week was that no matter how hard I try, I can expect to be blindsided by grief, terror and panic. I need to find ways to get through those times as best I can. People should know this stuff. We need more resources. Looking for them in the midst of pain is really hard. Here’s a link to an article that I found helpful, albeit the different circumstances.

I’m still living life one day at a time, mindful of everything Michael was willing to tolerate in order to wake up the next day. Trying to honor his tenacity with my own. Inch by inch.

6 thoughts on “Crash-PTSD, Caregiving and Grief”