Today, I obsessively watched every minute of the March For Our Lives television coverage. I cried while I listened to the brave speeches of young children who bore witness to what had happened to their classmates and their schools. I watched John Lewis march with young people in Atlanta and remembered his face as he bled for Selma. I realized that my American life as I chose to live it was flashing through my memory, decade by decade. When the DC coverage ended, I joined my children and grandchildren braving the blustery wintry elements at our local march. I wished my husband was alive to share in the experience with us. I spent most of the day mulling over how I got to this place.

When I was a little kid, my school had air raid drills. We all lined up in the hallways, sat down, bent in half and put our hands over heads. Sirens wailed and after a period of time, the practice ended and we went back into class. I remember thinking that I was pretty certain that my arms would offer little protection if an atomic bomb landed on top of me. I never forgot feeling threatened from that vulnerable age of six and I suspect that most of my peers haven’t forgotten either. 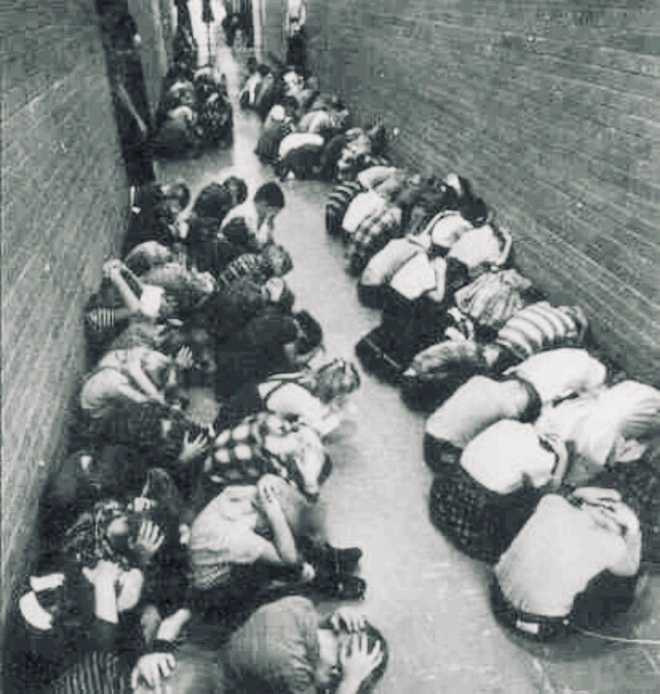 In the early 60’s, I felt tremendous fear during the Cuban missile crisis. We had a black and white television set which was fairly small and sat on a folding chair. My dad was usually parked in front of it and I liked to stand behind him and lean on his shoulders, asking questions and trying to understand what was happening in the world. When Kennedy addressed the country, I could feel the tension in my father’s body and I asked him, “Dad, are we going to have a war?” Imagine the terror of an eleven year old hearing the response, “I don’t know,” from the person whose job is to protect you from harm. Earth shattering. I never forgot that day, either  And then, slightly more than a year later, Kennedy was dead and it seemed that the whole world was falling to pieces. We watched television from Friday through Sunday when I saw the shooting of Lee Harvey Oswald as it happened on live tv. I had an overarching sense of terror and insecurity. I hated those feelings. I wanted to do something, to give myself some tools that would create a sense of self empowerment in what felt like a wobbly, unstable world.

I became a news addict in my early teens. I’m not sure if I’d heard the expression that knowledge is power but I was relentless in gobbling up information. I watched Walter Cronkite and Eric Sevareid who emitted intelligence and calm to me. I read the now defunct Chicago Daily News and the Chicago Sun Times. I don’t think my parents ever brought a Tribune into our home. Too conservative. 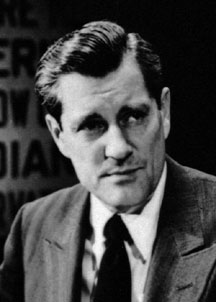 The Civil Rights movement was unfolding in front of me. My racially mixed high school stimulated conversation and conflict. The Blackstone Rangers, a local gang, were making inroads into our neighborhood.

And there was Vietnam. The draft. Finally it was 1968, my senior year of high school. King was assassinated and then, Bobby Kennedy. I was seventeen years old and my country was on fire. Young people rose up. At the Democratic convention that summer, the downtown street corners near my job were patrolled by police in riot gear. I was wondering if I could love my country through the madness of events swirling around me. Everything was so wrong. Violence was everywhere and people in power were sending my friends away to fight in a war that made no sense. After living through that wild Chicago summer, I started college in the fall. My brain hurt from thinking so hard all the time. I separated myself from my high school life and moved to the left politically. I joined with many others to actually do something to try changing the direction of current events. School wasn’t as interesting the student movement. I was all in.

I spent the bulk of my college years participating in demonstrations, reading and educating myself in more depthful ways than what I’d experienced in high school. I found my niche with fellow students who saw injustices and were bent on fixing them. I worked in a bookstore that sold books that exposed the seamy underside of our government. I went to Washington, D.C. to participate in anti-war protests. I was at the one in the photo below at which over 10,000 people were arrested and held in RFK stadium. I escaped there but the following week, I was arrested in my own student union during a sit-in at a Marine recruiting station. I faced disciplinary action by the university. We had a few moments to defend ourselves and my dad wrote a letter to present on my behalf, thanking me for opening his eyes to the fact that our government was spying on its own citizens and was corrupt. My charges were eventually dropped. But I actually had an FBI file. When my husband and I applied to see our files under the Freedom of Information Act, we received heavily redacted documents which led us to wonder who among our friends were actually spies. Truly unsettling.

For me, those formative years permanently altered the course of my thinking and my life. The movements that I poured my energy toward are still unfinished, except for Vietnam, which after long years, finally ended. That is, unless you count all those soldiers permanently mourned and the ones who survived, bearing the weight of their service in what became such an unpopular war.

The civil rights’ and women’s movement have made strides but there is still a long way to go. Now we have #metoo and Time’s Up. Not to mention the travails of the LGBTQ movement. For me these are part of a long continuum that require endless commitment.  My mind and heart are in the same places they were 50 years ago. Some days I feel exhausted by the repetitions of history. Now there is another youth movement rising, the one I saw today, with the horrendous burden of trying to save their own lives at home, in their schools and in their streets. I feel solidarity with them and want to show my support for what will invariably be a long and protracted struggle with power deeply entrenched in the halls of our government. I don’t have the same physical strength I had when I was young but my mental and emotional strength is alive and vibrant. I want to share it with those people that I saw today and help them in the days ahead. I’m worn by the seemingly endless battles. But as the saying goes, dare to struggle, dare to win. There will always be wrongs to right. My American journey continues. I continue.