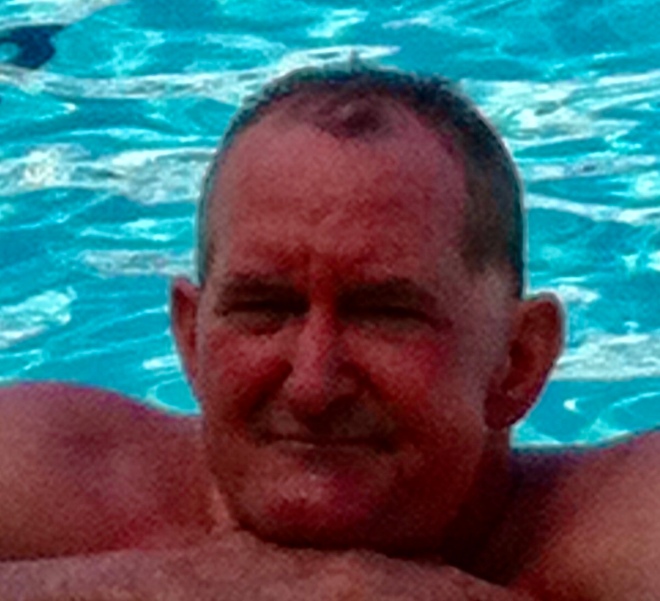 I’ve never been able to find the off button. Several years into our relationship, Michael told me he’d figured out the worst thing about living with me. He said he knew that as long as there was somebody, somewhere, who might be having a problem, I’d be upset about it. Decades later that’s still pretty much the truth. These days there’s certainly plenty to be upset about, from my little microcosm up and through the big picture. Small things first.

In my eagerness to scramble outside and get my garden going, I looked at a week-long forecast, felt good about it,  hightailed it over to the plant nursery, bought two flats of annuals and hurled them into pots and raised beds. All was glorious until winter decided to make another pass through town, bringing blustery winds and below freezing temperatures. I should have known how arbitrary spring can be – I’ve been around long enough to have had my naïveté crushed by capricious April many times in the past. But I let it happen anyway, wanting so much to fill my surroundings, isolated though they may be, with nature’s brilliant colors. I’ve been battling the elements for days. My once fiery lantana is pathetic.

The poor thing has shriveled up and now sits on my dining room table where I’m attempting coax it into staying alive with warm water, gentle touches and quiet murmurs of encouragement. The other guys are still battling the elements. Every early evening, I go outside to cover them all, hoping they can limp through a few more nights of frigid air, that they’ll perk up and revive when warmth returns. I’ll be lucky if I lose only about a third of the plants I bought. Money down the drain and old lessons relearned. 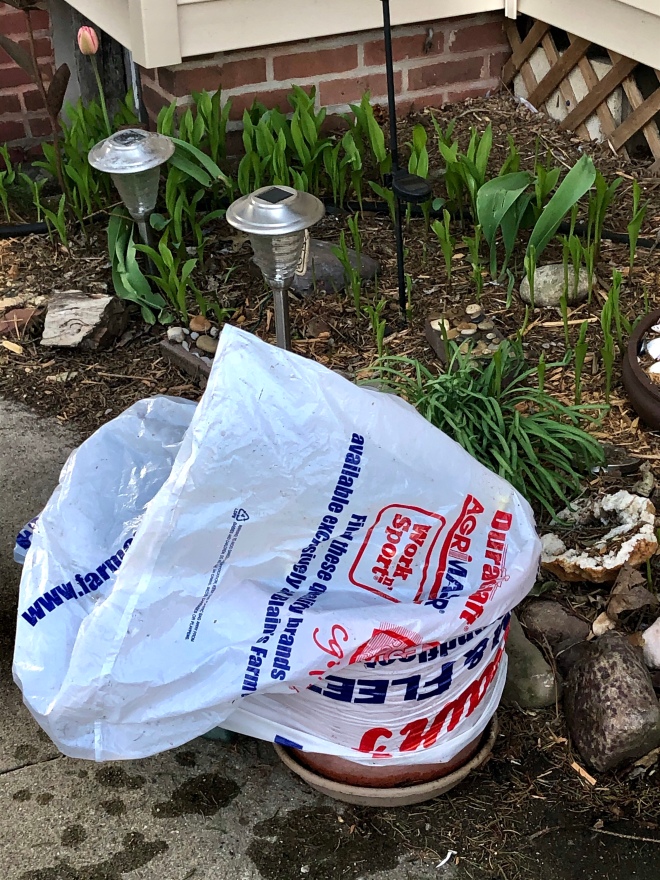 The daily wondering about the life-altering changes perpetrated by Covid19 has me in a constant state of evaluation. I worry about my aging dog. I got Violet from a shelter just a few months after Michael died, in the summer of 2017. I wasn’t intending to get a big dog, much less one that was already eight and a half years old. But when I saw her, I knew she wasn’t likely to be adopted any time soon. She was strikingly beautiful but she had a sad story. A show dog, from a long line of show dogs, she’d lived her life as a “thing,” rather than a pet. She had lots of blue ribbons, but she’d been debarked, a cruel procedure done to stifle her naturally vocal instincts. She’d lived most of her life in a crate, easy to deduce when I realized she would only eat from a lying-down position. She made no eye contact, looking only at your hand which was the way she interpreted what was required of her. And she didn’t lick. Not once then, when I took her, or since, even after I dipped my entire hand into a peanut butter jar and held it to her nose. Such abnormal dog behavior. I was compelled to adopt her. I was wounded from Michael’s death while she was wounded from her life. It took me a couple of weeks to convince her to eat anything but a bit of kibble from my hand. Now, over time, she’s learned her new name, to make eye contact with me and others, and to enjoy being free to run in the yard. Just now, she went gamboling through the garden, chasing squirrels and trumpeting her whispery remnant of a bark. 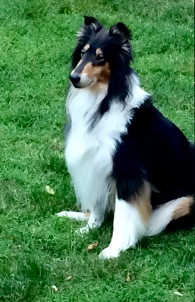 But she’s getting old. The other day, she started dragging her left rear leg. She just couldn’t keep it underneath her. She was weaving a bit and seemed disoriented. Some of her actions have always been weird, but I really couldn’t tell if she was just stiff from lying down for too long or if I was witnessing a neurological event. I called my vet who’s running a limited practice during this time and was told to just keep an eye on her. So far, she seems to have returned to as normal a state as she’s ever in, but who knows? I’m doing my best to keep her alive, but you never know. Life can be extinguished in no time.

I’m even worried about my two nameless fish. I’ve always loved tropical fish and have gone through phases of keeping them in different sized tanks during my adult life. I have a 10 gallon tank in my bedroom. I started out with six fish, four of whom eventually died. These guys are the survivors who despite my modest attention are going into their third year of life. Watching them swim around is relaxing for me. But three years is old for a tropical fish. How long can they keep going? It occurs to me that a portion of every one of my days is given over to trying to keep things alive. Plants, fish, the dog and the birds I’ve coaxed into my yard with feeders, birdhouses and plenty of hiding places. 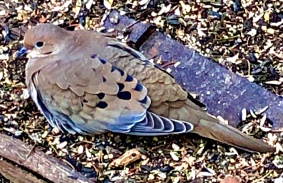 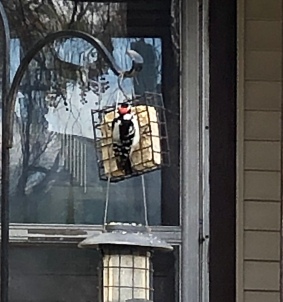 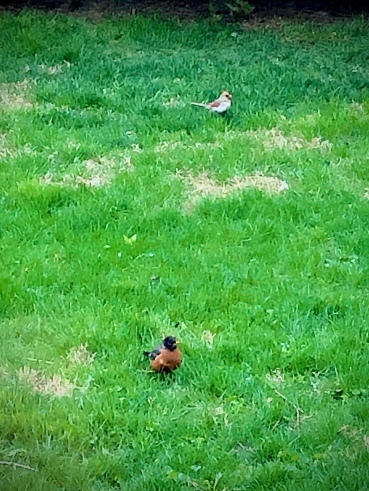 But of course, those tales are about the microcosm of my little life. What’s more overwhelming is the macrocosm, the big picture of what’s happening in my country and around the world. Figuring out how to assimilate the barrage of information, the scary uncertainties coupled with the daily tragedies, and the enraging political behavior of the leadership all up in our faces every day, is quite a load to carry. The self that I bring to these reality-altering issues was shaped by the events of my life, just like everyone else. I’ve experienced my share of deaths, up close and personal. I was at the bedsides of both my parents and my darling Michael. I was able to minister to them all as they slipped away across the fragile border between breath and stillness. Those were grievous, painful experiences. But they were also kind and respectful, comforting and filled with love. If someone has to die, the deaths should be like those.

So many of these Covid19 patients are hustled away from their loved ones, dying alone unless they’re lucky enough to have medical staff near them to say goodbye. Of course there are always deaths like this, accidents, sudden heart attacks or strokes and of course, those lives lost in the countless wars of history, people felled far from home. I’m sure that every pandemic, the Black Death and the Spanish Flu that each killed millions, created a numbing horror that dwarfs what is happening today. At least so far. But contemplating the frightening possibilities as this virus moves around the globe, and knowing so much in real time because of technology, the information can feel like a daily tidal wave. In the past several days, a few stories have emerged that are horrifying in their detail. One is from a New Jersey nursing home, where police were called because the number of deaths was beyond the staff’s control. Seventeen bodies were found in a small holding space with room for two. What an ignominious end for those people and their families.

The other is the photos of the unclaimed bodies being buried in trenches in the Potter’s Field on Hart Island near New York City. These are the unknown victims of the virus, at least for now. There they lay with countless others who wound up buried there for widely diverging reasons. It seems impossible that this can be happening in real time, in this very  surreal health crisis which is unveiling deeper societal problems in this culture. Problems that many would prefer to ignore.

Several years ago, I read This Republic of Suffering. During the four years of the American Civil War, approximately 620,000 people died. That was about 2% of the population of the United States at the time of the 1860 census. This was a staggering number and indeed, as the war dragged on, the sheer volume of bodies overwhelmed both the practical realities of burials and funerals, along with deeply wounding the psyche of the country’s citizens. History has these moments in time, the points from which there is a perceptible change in the collective consciousness. Although what we are experiencing is not yet as extreme as those dreadful figures, I can’t help but wonder what the collateral emotional damage will be for those who are paying attention, who are aware of the gravity of this pandemic. For myself, it feels like anything resembling the pre-virus life will be a long time coming back in its previous form, if it ever does. Every day there are new bits of information which change what is known about this organism. With all the variables still emerging, the only way to feel certain about anything seems to me to be the privilege of those who either aren’t paying attention, or who deliberately refuse to understand. Social distancing feels like the way things will need to stay for a lot longer than these artificial “re-opening of the country” dates. This isn’t exactly an amusement park’s grand entrance into the world after a full make-over. I fear the cost in human life as the urge to reclaim normalcy clamor gets louder.

Between the gardening and the animals and of course, my family and loved ones, I’m cogitating daily on this big picture. I hear that familiar voice of Michael’s in my head saying, “ lighten up before you drive yourself crazy, not to mention me!” Well, he’s not here. But I am, still looking for “the off button.”

2 thoughts on “The Off Button”